LEARN YOUR BRAND PERSONALITY
and how to bring together all your talents under one brand. Start by downloading your Brand Personality Filter workbook by entering your name and email address. Then, enjoy our articles each week!

Are we ever…the Mothers of our own re-invention.

As Mothers and generally as women, we are inherently creative. To that end, we are not only powerful enough to create and birth life but birth our own re-inventions, sometimes over and over and over again.

Think back on your life…you've done that.

We are so much more powerful than we give ourselves credit for. And it's this power that grows exponentially when we feel supported and receive as much as we give.

I feel strongly about asking for what we need and want. How else do we move forward? We can do a lot but we can't do it all ourselves. As with many of us, however, I learned to ask for what I need, in business / life through a process of discovery (trips/falls/bumps/bruises).

We must ask for what we want in order to continue moving forward toward the highest version of ourselves.

Think of what's burning in you to create, change or birth? What is the highest version of your business and why haven't you done it yet?

What could you ask for that would allow you to step into that vision gracefully?

Everything else is already inside of you.

It's our birthright to be fully-expressed, to create and re-invent ourselves to increase our happiness.

If you need support, seize it. There are loads of coaches and support out there.

If what's holding you back is confidence or a wall of fear…jump. (the only remedy I've found for jump-starting this re-invention process!). I wouldn't have gotten much done up to this point without jumping (no net).

In the writing of the how to be a Walking Momtra™ book, this theme comes up again and again. I believe this 'failure en route' to goals is an empowering theme to also be sharing with our little ones. It's empowering in its realism.

• Realize "failure en-route to your goals" is realistic and only makes you stronger for when you finally get there.

• And, as I always say, start today. Whether it's a micro-movement (a call or email to get a ball rolling), do it. Put yourself in the game.

Your happiness awaits on the other side.

This illustration I created with the help of an illustrator commemorates the reverence I have for change and re-invention. In ten years of business, I've lived in six different cities and three different countries. I've started a business, grown that business, changed the business, had a baby overseas, started anew many times after that, began writing a book and generally have put myself out there in more ways than I sometimes give myself credit for. 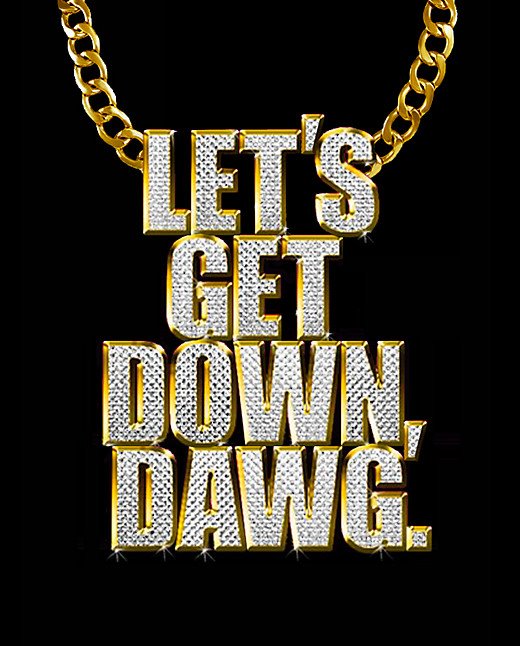 I interviewed a few very successful entrepreneurs last month. I asked them how (and if) they practiced “Business Yoga™”? I’ll tell you about two of them here.

Jen Sincero, best-selling author and fantabulous writing coach I’m working with on the how to be a Walking Momtra™ book said that she practices business yoga all the time in her business…

“I use business yoga™ constantly in my work, especially the breathing.  When working with clients and feeling into what would be best for them, it’s often helpful to shut down the intellect and breath into it – I do it myself as well as encourage them to do it.  It’s led to incredible insights and results.” (to check out Jen’s awesome and inspiring blog, check out Jen Sincero).

I agree with Jen and do believe shutting down the intellect is so important. As business owners, parents, friends etc intellectualizing can truly get in the way of what is the right way/path/decision for us.

How could you tune in best to your vision for your best life? If it’s not breathing as Jen shares above, how or what could you do more of and inch closer to what feels totally right for you?

Gina DeVee, seven-figure success coach and my mentor, had this to say about Business Yoga™: “To me, Business yoga™ is making sure that I am doing what I am passionate about, not just what I CAN do.” (sing it again, sister! To check out more of Gina’s awesomeness, visit Gina DeVee)

In short, as shown in these two responses, Business Yoga™ is about feeding our internal health and wealth so we are more able to then grow our outer, entrepreneurial wealth. We can have both and these two ladies are just two examples of the possibility.

Nike was a client of mine a few years ago and this…is one of my favorite stories.

In the 70s, Phil Knight needed to come up with a name and mark to register what was to be the “Just do it” brand when he was branching out and creating something new from his previous company of Blue Ribbon Sports.

Asking a designer to create something quickly, the Nike swoosh was born for $35 and Phil Knight is known to have said something like ‘I’ll learn to like it…’ Clearly, whether he initially liked it or not, the combination of product and branding would render the swoosh (and biz) in the top three of iconic companies and logos in the world. And though Nike achieved this iconic logo and biz greatness through what could have been coined a “temporary” logo, this is no everyday occurrence.

In fact, many entrepreneurs and business owners go through quick-decisions and temporary route alot. Not only for their marks but for other elements that make up their business. The number one thing I’ve heard in ten years helping men and women-owned businesses is exactly that: “Oh, it’s just temporary / It was just temporary.” I’ve heard it about hundreds of logos (that clients come to MGI to “fix” or re-do), websites, business cards, offices/studios, printing methods/materials, a client’s pricing, email systems, colleagues, vendors, even about some products gone out (and list goes on). I’ve been guilty of using the word “temporary” at times too, it’s human, however I can tell you with 150% certainty it didn’t serve me at all! It’s actually very un-like me to think in terms of temporary but so many times time isn’t on our side as business-owners.

I think it’s important for all of us to watch what we’re putting out into the world. “Temporary” newsletters or “temporary” products or business cards, however small or insignificant they may seem, do add up. I think it’s an especially precarious situation when playing temporary is on repeat. Clients and potential clients might excuse it for a variety of different reasons and for a length of time, however, the crux is really this ~ if the majority of what you’re putting out into the world is “temporary”, won’t that be what you get back? Temporary income, temporary clients, temporary blips of what you would consider success?

Having convictions and making firm decisions and being proud of what you are birthing is not only important, in my opinion, it’s crucial to our success.

I constantly remind clients if they’re not excited about what’s going out, how should we expect anyone else to be excited about and pay for it? We need to be proud. Not only of our products or services but in how far we’ve come and only focus on our forward movement from that place.

Essentially the message here is we need not play small, nor to shrink but really tell the world what we think and stand up in our permanence. And because hardly anything here at MGI is only about business, take this as a mantra in life too. Stand up in everything you are.

Prior to the year, make a conscious decision to achieve through intention (grow your actions/habits from the seed of  “I intend…” vs “I try” as try is an admission of potential defeat). Phil Knight might have learned to love his swoosh but we can love what we do from the start. Just decide to and do it.

If you enjoyed this article, be sure to download the free Business Yoga MP3 on the MGI home page.

I had a phone call with Germany!

And you know what happened?

I have a new client.

AND you know what else happened?

I realized YOU too might need support but NOT be at a place to start working on your branding and logo (which is the only program I’ve been communicating lately). Or, you might have your branding/voice/essence nailed down already…

I recommended either a HALF or FULL-day intensive to help her 1) create the details behind her first program, 2) create a clear marketing plan for it 3) and discuss specific ways to create blogging and video-opportunities to educate her German audience on the benefits of life coaching.

We were elated about this size “container” because it was in alignment with these pressing short-term goals.

What are your current goals and could this be something you need to receive as well?
If so, below is MGI’s holiday pricing.

These blocks of time can be done all at once to maximize creative energy or broken out, inquire within.

This is for you if…

• You need specifics on how to market a particular program.
• You need some major practical inspiration before the end of 2011 to bring in more business (creative ideas and how-to’s)!
• You need help attracting more fans to your facebook page (we can create three ads for you to run…they work!)
• You need help taking a seed of a business idea to a business idea that is ALIVE and KICKING not to mention super CREATIVE and UNIQUE. MGI is an idea generator!
• You need practical inspiration heading into 2012 to come out with a fresh, on-brand program.

Here’s what clients had to say…

• MGI takes an amazing hands-on approach of working with each client from a fresh perspective. Michelle’s intuitiveness to understand and read between the lines of what each client is looking to create is the absolute key to her success in creating one-of-a-kind projects…Tamara, Blue Eye Boy, PORTLAND

• I‘m VERY happy with the results we achieved in just 3 hours ~ I’ve got my elevator speech done, editorial calendar, two fun ads, and a welcome banner for my facebook page, ideas for the content & headline of my website and newsletter. And; the whole process was…fun! Kristina, Lifestyle and Health Coach, LOS ANGELES

Grab your intensive now and most importantly snatch up all the opportunity that still exists in 2011. Book by emailing michelle@michelleghilotti.com.

YOUR needs are my goals/deliverables…Happy holidays!

p.s. The year is not over yet. And neither are your opportunities.